Why you need to call Accu-Clime first (or at least always call us for a second opinion).

A customer and her family were noticing that they were experiencing headaches in the house when they ran their furnace. They called another contractor to come out and check their furnace to see if there were any issues.

The contractor sent out a tech who spent 30 minutes in the basement checking the unit over and then came up and told the customer that their furnace filter was dirty and that was likely the cause of their headaches.  He also said he gave the heat exchanger “a quick peek” as he put it and it looked fine to him. So he sold them a filter and left for his next service call.

That night the customer noticed the headaches were back again.  The next day they called the contractor and told them the problem was still present. The tech came out again, checked the furnace again and told them that the issue must be that there were “fumes” in the ductwork from the dirty filter and they should open the windows, run the furnace and get all the fumes out of the house.  The homeowner did what the tech suggested and the problem seemed to go away.

Later that night the headaches were back again.  The homeowner shut the furnace off, opened up the windows again for 25-30 minutes and they started feeling better again.

So they left the furnace off overnight.  The next day they called Accu-Clime Mechanical Services and asked us to give them a second opinion.  Our tech went out, pulled the blower assembly and this is what he found.  While the heat exchanger looks relatively normal to the naked eye, those white calcium deposits are actually the beginning of rust starting to form on the unit.  Our tech spotted them almost immediately which led to him inspecting the heat exchanger more thoroughly.

In this picture, you can see that there are multiple spots of rust that have actually broken through and were likely leaking carbon monoxide into the house. 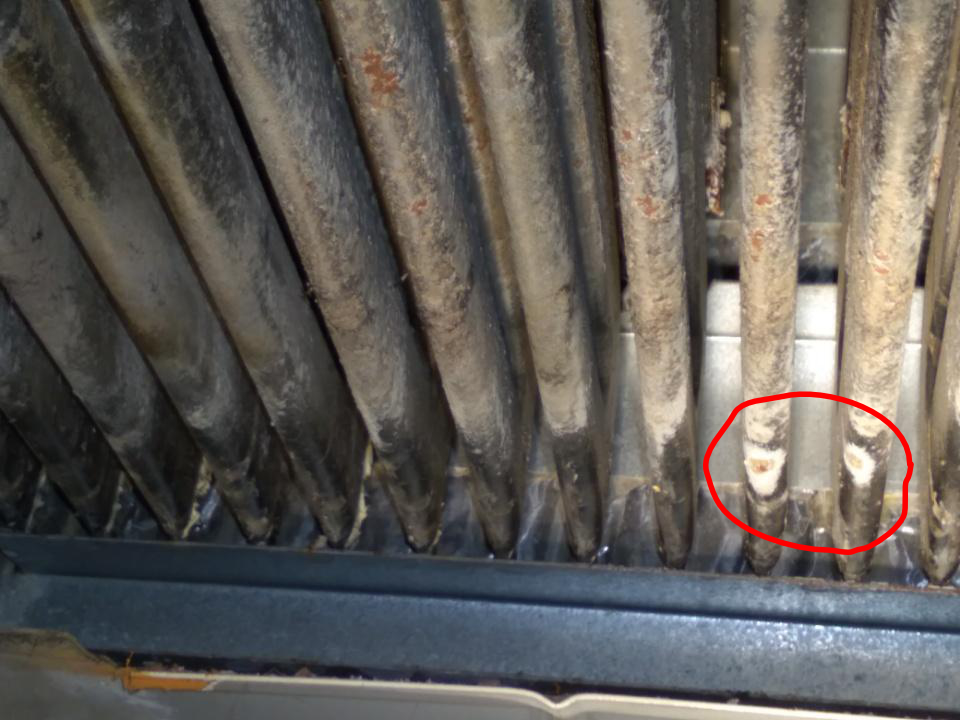 If the homeowner wouldn’t have shut off the furnace and opened windows this could’ve ended in tragedy. Carbon monoxide can reach lethal levels if unchecked.  Our techs are trained to find things like this and alert the homeowner to potential problems.

Fortunately this story ended with a happy ending and the family is now doing fine. 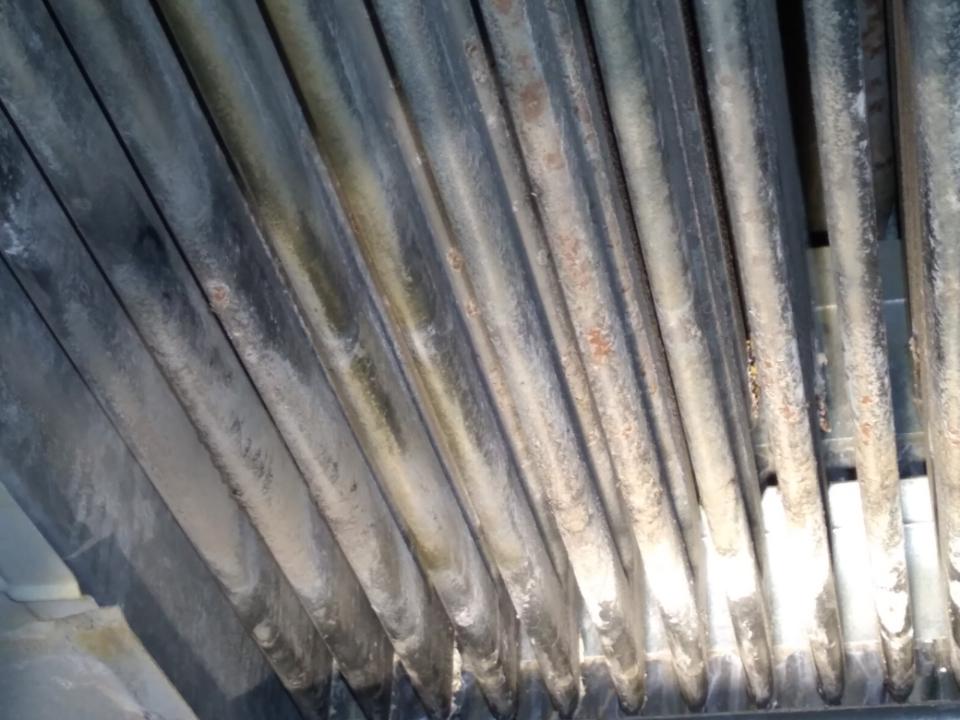 Request A Quote or Callback